Do people still say off the hook? Is that still a thing? Because things are off the hook at The Alliance this summer and our member organizations and artists are creating new work and offering new programs and designing futures that hold extraordinary power. Here’s some inspiration if you could use some: 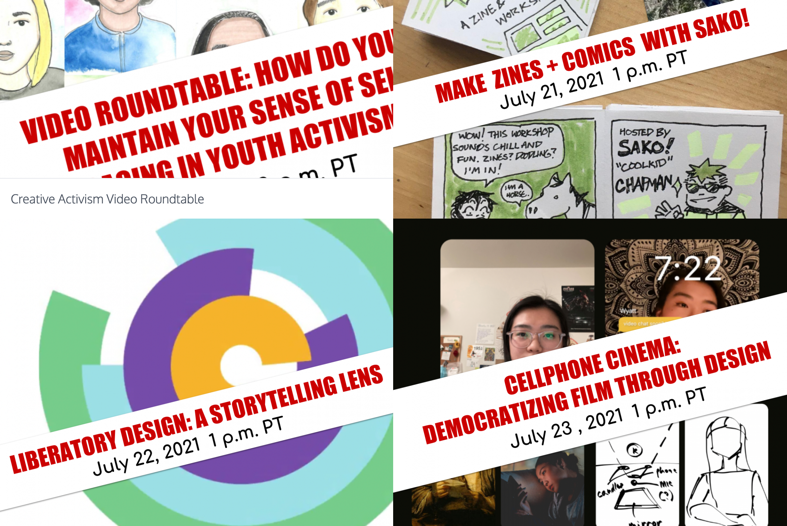 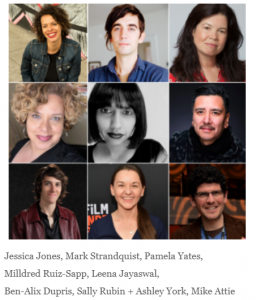 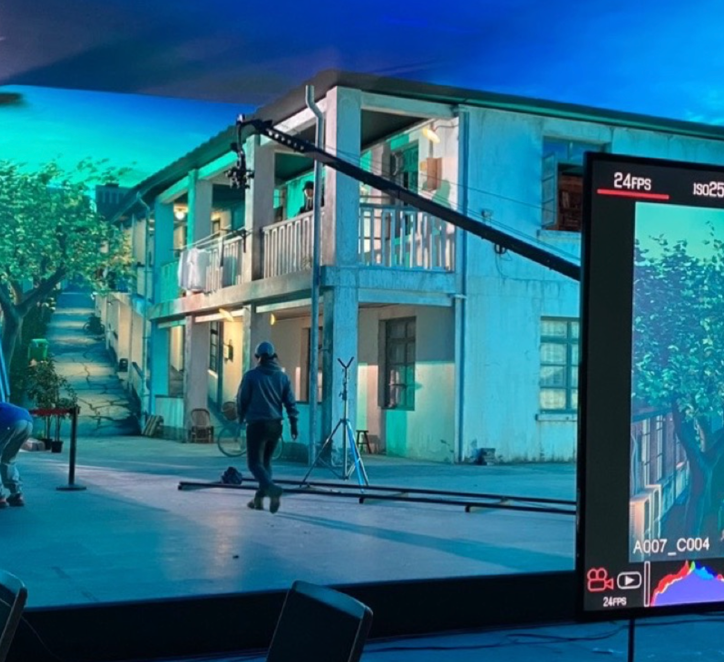 The Alliance has joined forces with Versatile Media in Vancouver, BC to build The Brown Girls Mythic + True Story Gallery, a first-of-its-kind immersive, walk-through, interactive, sometimes live gallery experience, powered by Unreal Engine (with a web/mobile version too. Thanks to an EPIC Megagrant, we were able to bring together some very badass curators and producers (Afua Kafi Akua, Kali Spitzer, Valentina Vargas, Jessi Jumanji, S. Espii Proctor, Chanelle Elaine and Cassidy Arkin) to develop the space, engage extraordinary artists, and begin to envision what this space could be. Now, we build. We’ll also be developing creative and tech Apprenticeships, and offering training through our partners and friends at re:imagine/ATL and GearBox.

And congratulations to our friends at Pegasus Media Project, launching the first Arts2Work Pre-Apprenticeship program in Dallas, Texas.  After an intensive production and post-production on-the-job training program, participants will work with client organizations and production companies from the Dallas performing arts community to tell stories of resilience building back from COVID shut-downs and invite audiences back (responsibly) into theaters and cultural spaces. Our job developers are already at work supporting career pathways as Associate Producers and Assistant Editors.

Off the hook, right?  Please join us.

The eBulletin will be on hiatus in August and we will see you in the Fall!! 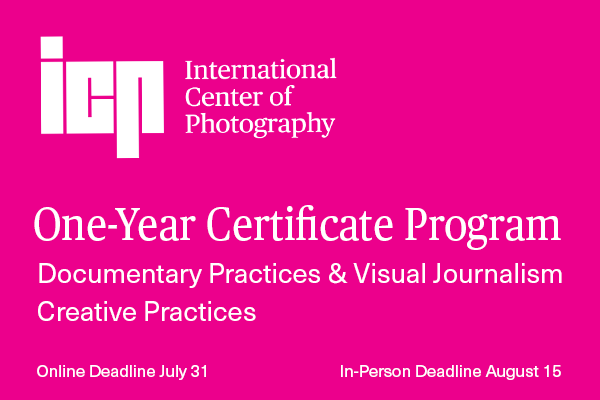 Applications Open for International Center of Photography’s One Year Certificate Programs
ICP is seeking submissions for their One-Year Certificate Programs which will “provide advanced students with an intensive year-long course of study to strengthen personal vision, refine skills and technique, and explore the many disciplines informing media and art today.” Prospective students may apply to one of two programs, Creative Practices or Documentary Practice and Visual Journalism. The Creative Practices Program “embraces a diverse range of photographic approaches for innovative expression in an atmosphere of cooperative learning.” The Documentary Practice and Visual Journalism program teaches “investigative skills and technical knowledge necessary for students to advance in the complex and constantly changing world of visual storytelling,” and is taught by faculty and visiting photographers who are established in the documentary field. Applications must be in by July 31st for on-site instruction at ICP’s school in the Lower East Side, or August 15th for online students.

Arts2Work to Host Code Switching/Confronting Bias: A Workshop for Young Media Professionals
Program Director of Wide Angle Youth Media Keiona Gorham is set to lead a participatory workshop to explore code switching in professional environments. The workshop will explore code switching as a tool to navigate exclusion in creative industries and “offer creative and empowering strategies to help navigate and thrive in an industry struggling to confront a history + culture of bias and exclusion.” The workshop is held by Arts2Work and will occur next Wednesday, July 28th.

Empowering The Visual Storytellers of Tomorrow: A Career Exploration Event Presented by Pegasus Media Project and Arts2Work
Pegasus Media Projects in collaboration with Arts2Work is set to host the Career Exploration Workshop which will present participants with the full breadth of job opportunities in all types of media including digital, community organizing, and creative storytelling. The workshop, occurring Wednesday, August 4th, is a Master Class that will feature in-depth information from a diverse range of media professionals to help participants build creative skills and elucidate any questions they may have about media making.

The Alliance Features Aimee Espiritu’s Liberatory Design Lab
This Friday, July 23rd, as part of the upcoming Alliance Youth Media Virtual Summit, educator Aimee Espiritu will be demonstrating how to apply the “fundamentals of Liberatory design” to storytelling. The lab aims to equip participants with the tools to “notice the larger historical context of oppression and opportunity inherent in the storytelling process.”

Two weeks ago, President Biden presented his exhaustive Executive Order on Promoting Competition in the Americas. The order, referencing Roosevelt’s trust-breaking actions against standard oil at the turn of the century, established a “whole-of-government effort to promote competition in the American economy.” It covers non-compete agreements, prescription costs, and right to repair with a strong focus on regulating Big Tech. The Order specifically addresses the FCC, calling for legislation that would make broadband more accessible and affordable as well as encouraging the FCC to restore Net Neutrality rules put in place by former FCC Chair Ajit Pai. According to Ars Technica, FCC reform is currently at a deadlock until a fifth commissioner is nominated as the current Commission is split 2-2 between Democrats and Republicans. “The FCC needs to reverse the damage done by the Trump administration, which presided over rising prices and declining investment in broadband while pretending that a do-nothing deregulatory approach would solve these problems.” said Free Press Vice President of Policy and General Counsel Matt Wood in a statement published by Free Press. 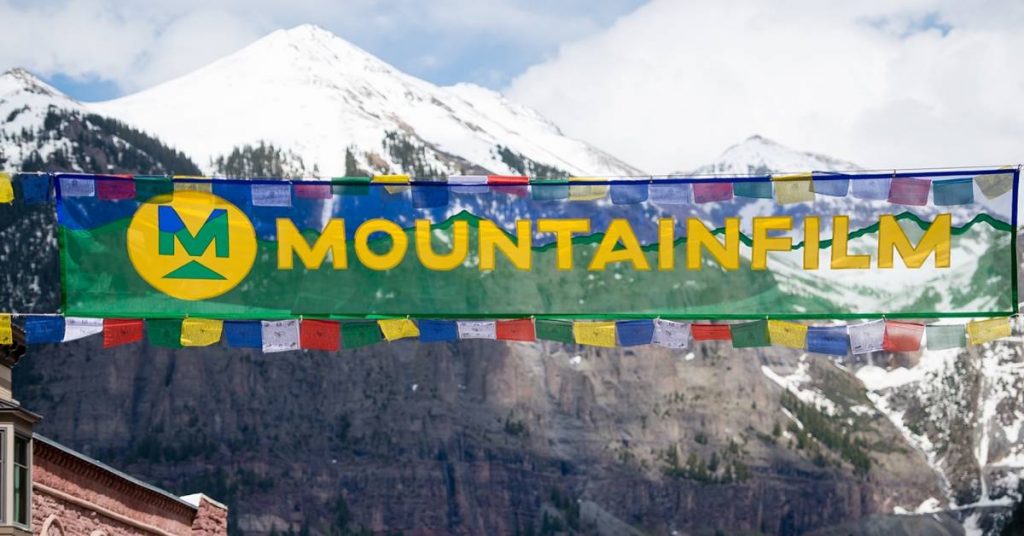 MountainFilm Commitment Grant
MountainFilm seeks non-fiction stories celebrating “adventure, activism, social justice, culture, environment and indomitable spirit.” Submissions must include a short video sample or trailer of their current project. A total of $30,000 will be awarded in grants ranging from $1,000 to $5,000.
Deadline: July 31st,

MountainFilm Emerging Filmmaker Fellowship
The fellowship will provide one documentary filmmaker in production or post-production with a yearlong mentorship. Included in the mentorship is edit and story consultation, networking opportunities and a $2,000 cash award. In addition, the fellowship includes a trip to Telluride during the festival over Memorial Day weekend, covering travel, lodging and a Mountainfilm pass ($3,000 value).
Deadline: July 31st

American Zoetrope Screenplay Competition
The Zoetrope Screenplay Competition considers feature-length film scripts, as well as pilot scripts for television/streaming services. Every script is read closely by a select handful of professional readers, and Francis Ford Coppola selects a winner from among the ten finalists for the chance to win a grand prize of $5,000.
Deadline: September 7