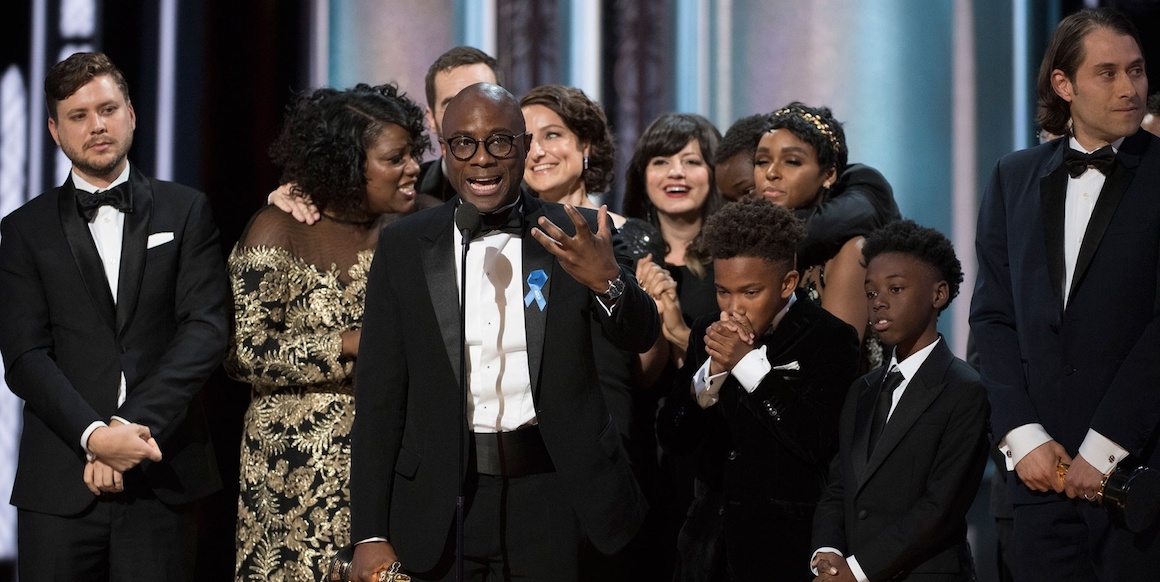 This article is a powerful narrative of a moment not soon forgotten. Important to take it all in. Moonlight deserved so much better than the flubbed finale it got.

I hold in my heart the many brilliant, independent, queer, and woman-directed films completely overlooked by the Academy over the many years, the awards to films less artful and more affirming of the racist/sexist status quo. I hope we resist fetishizing the importance of this one precious moment so as not to over-emphasize the importance of an extremely flawed institution that celebrates wealth, youth, straight male power and narcissism over art and humanity time after time.

We at The Alliance for Media Arts and Culture celebrate the victory of Moonlight as the poetry of true disruption. We hope Barry and his team of transcendent creative collaborators get to make all the stories they want in the years to come, and reap every success – uprooting the tired and dangerous rituals that reward entrenched power at every turn. — Wendy Levy, Executive Director

The Academy Awards did the best possible thing in the worst possible way last night, when it conferred Moonlight the Oscar for Best Picture. This exquisite coming-of-age tale about a black boy struggling to embrace queer masculinity deserved all the shine it got this year, including three trophies last night. But Academy officials sullied Moonlight’s moment in the sun by initially giving the award to the wrong film, La La Land. It remains unclear how the award’s announcers, Warren Beatty and Faye Dunaway, ended up with a duplicate copy of the card for Best Actress in a Leading Role, an award which went to Emma Stone. But in the middle of the La La Land team giving their round of acceptance speeches, they were told that the award had actually gone to Moonlight, and that team was then invited on stage as an afterthought. In the shuffle, host Jimmy Kimmel tried to assuage the clear disappointment of the La La Land’ers saying, “I think you guys should keep it anyway.” That’s not how this works, Jimmy Kimmel. That’s not how any of this works! 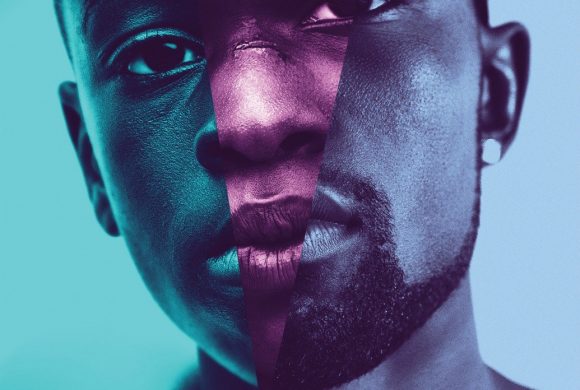 It is both entirely obvious and absolutely necessary to say that this incident is an apt metaphor for thinking about the politics of race and diversity in America. It has taken multiple decades of struggle to even arrive at a universe where a movie with the emotional and artistic complexity of Moonlight, a movie that puts black characters and communities at its center, would have a shot at multiple Oscars. Then it won the evening’s biggest prize of all, but only after being told it lost. And then the film’s creators had to share the stage with La La Land. The moment was unfortunate for everyone involved, but it was most unfortunate for Moonlight.

Throughout the night, we heard several overtures about the importance of diversity. Cheryl Boone Isaacs, a black woman and President of the Academy, talked about the work being done to make the Hollywood community more inclusive. Asghar Farhadi, an Iranian filmmaker, who won for Best Foreign Language film, stayed home in protest of Trump’s Muslim ban. And when Gael García Bernal came on stage to present an award, he said, “As a Mexican, as a Latin American, as a migrant worker, as a human being, I’m against any form of walls that wants to separate us.” During the final award mix-up, La La Land producer Jordan Horowitz said the arts community should “create and champion bold and diverse work.” A few moments later, he handed the statue he’d been holding to a member of the Moonlight team.

Part of what it requires to do the work of diversity is to recognize that there are some moments you simply cannot mess up. This was one of those moments.

This debacle brought into stark relief just exactly how messy it is and will continue to be to make traditionally white institutions more diverse and inclusive. In many cases, it will look like black people coming on stage to take away the very awards that white people presumed they would win and prepared themselves to receive. This is the scary part of what it means for white people to challenge white privilege: it means sometimes they will lose. More than that, it means they will have to endure the humiliation of losing when they were so entirely sure they had won.

Part of what it requires to do the work of diversity is to recognize that there are some moments you simply cannot mess up. This was one of those moments. Although PricewaterhouseCoopers, the accounting firm that oversees the tabulation of Oscars ballots, has taken responsibility for the mix-up, imagine how it feels to the talent of Moonlight to not have had the fullness of their moment. Imagine how the mistake feels to those of us who have rarely seen ourselves represented in the awards ceremony. The carelessness and haphazardness with which Moonlight’s moment was treated is indicative of how institutional racism continues to work, even after people of color have overcome a significant barrier.

Institutional racism is often hard to see because we can’t point to an individual person who had bad intentions. Thus we are often taught to think that structural discrimination isn’t real. But institutional racism isn’t about a single actor or intent; it’s about impact. Sunday night’s comedy of errors is only laughable because it’s an awards show. In the lives of everyday black people, this kind of carelessness shows up when a supervisor fails to celebrate the promotion of a black employee, while the promotion of a white counterpart is the subject of copious congratulation — it may have been an honest oversight, but the impact is harmful.

Much like Jimmy Kimmel, Americans are socially conditioned to feel the most empathy for what white folks are losing rather than for what black folks are rightfully, finally winning.

Yes, ultimately Moonlight won, and more than once. Mahershala Ali won Best Supporting Actor for his role as mentor to the movie’s protagonist, Chiron, and the film also won Best Adapted Screenplay, before taking home the biggest award of the night. But surely we can all agree that this is no way to win. Like many other black people, I felt robbed of a moment of joy that those of us who loved the movie Moonlight deserved. When black people gather to watch mainstream awards shows, we gather out of a sense of racial pride and community. We are excited to see movies by us and about us win. We are excited, honestly, to watch white folks concede, at least some of the time, that our work, our art, our creativity is as good, if not better than theirs. Certainly, the desire for mainstream validation is problematic, and rooted in centuries of white dominance. But that desire is no less real. The wins are no less earned. 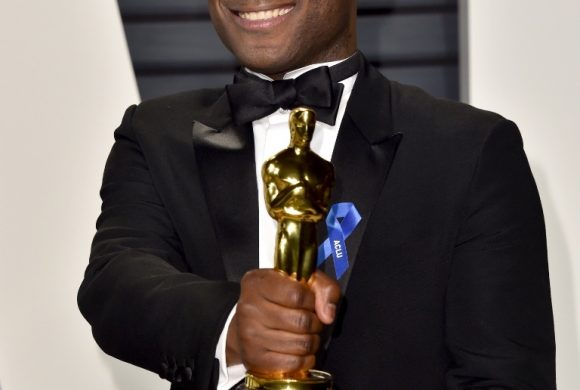 Diversity and inclusion are polite buzzwords that we use to signal a reduction in racism. And achieving diversity in representation on screen, behind the screen, and at the awards ceremony is a laudable goal. But truthfully, we should be more precise. What we need is an end to white dominance. And we have to use those strong words, because the resistance to diversity is a deep psychic problem for many white Americans whose whole lives have been shaped by being on top. On Sunday night, we got a glimpse, through the microcosm of an awards show environment, of how painful it is to give up the stage to winners who aren’t white. And before we spend all of our time lauding La La Land for being so gracious, we have to do the hard work of asking why they were even allowed to take the stage in the first place. We have to remember that it is the Moonlight team who handled the situation with more grace, because it is they who were robbed.

Institutional incompetence often demands black civility and gratitude even when an egregious error has occurred. Just because the error was unintentional doesn’t make it any less significant. We have to ask how messed up it is to ask black artists to win in an environment that screams, “There is no place for you!” And we have to acknowledge that while diversity might be about sharing the stage, the work of dismantling white privilege is about the far more challenging task of white people having less access to the stages and awards that they’ve always had. Moonlight’s moment in the sun was well deserved, and it is unfortunate that the messy work of diversity almost eclipsed it out of view.

Share on FacebookShare on Twitter
Battle for the Net: Our Letter to the FCCTechCrunch: the Implications of the End of Net Neutrality