Hey Everyone… ALLIANCE 2016 is coming—and seriously, y’all should get registered and get ready to head over to Oakland, June 9 – 12. Don’t wait. Register NOW. The conference team has put together a badass program of panels, roundtables, screenings, performances, special events, one-on-one meetings, open mic pitches, and art & stories for days.

ALLIANCE 2016 is the time to find new partners-in-crime, funders, collaborators, inspirations & fresh ideas. Have a poolside meeting with a new program officer. Learn how media artists are creating revenue models way outside the box. Get real with other media arts leaders about the future of truly independent film. Talk to your creative counterparts across the country and share notes from the field. Hear from documentary subjects whose powerful voices extend way beyond the screen and deep into communities. Learn new strategies for creative survival and tools for social impact. Have a discussion about the ethics and artistry of emerging technologies—and see some new VR and AR and interactive photography projects in the Innovation Studio. Find out what Google has in store for Cardboard… and beyond. We have hotel rooms blocked for YOU.  Oakland filmmakers, poets, Native American drummers, hip-hop dancers, and soulful jazz musicians are waiting to welcome YOU.

A few conversations you won’t want to miss: 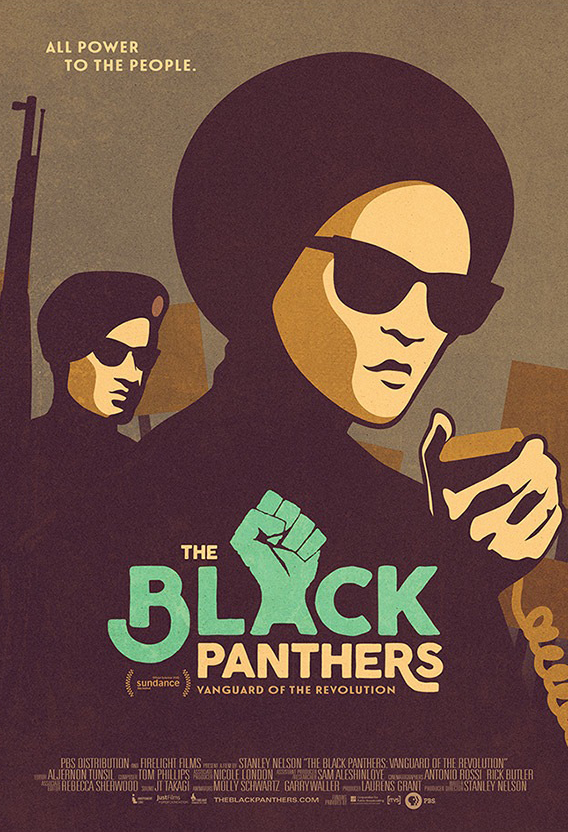 BLACK PANTHERS: FROM THE SCREEN TO THE STREETS
Stanley Nelson’s film The Black Panthers: Vanguard of the Revolutions galvanized audiences from its premiere at Sundance 2015 to its national PBS broadcast in February 2016, where it became the highest rated and most social documentary in PBS’s history and top-trended worldwide. Throughout its yearlong release, the film has sparked a national conversation on the legacy of the Black Panther Party and the parallels to today’s Movement for Black Lives. Find out how it happened, and what lessons we can learn.
With Sonya Childress, Chi Do, Yo Ann Martinez, Malkia Cyril, Keith Zwofer, Ericka Huggins

MUSEUMS IN THE DIGITAL AGE
Museums have a way of feeling out-of-reach to the masses. Many people have never even set foot in a museum—and don’t feel any less informed because of it. Art was marginally important to many people in the analog age, and now that digital communication drives human interaction, can museums attract and maintain diverse audiences and gain more relevance in everyday life? Can visual art and museums become catalysts for meaningful political discourse? Can digital outreach bring the community in—and can it take the museum out of its marble walls?
With Afua Kafi-Akua and others

TRUTH AND CONSEQUENCES: MEDIA ARTISTS IMPACT POLICY
In a digital culture where the lines between documentary, journalism, and community media are blurring beyond recognition, what are the most compelling approaches that artists and journalists are using to reframe political and social narratives? What are the recent projects that have become part of transformational policy shifts? In a public media landscape where advocacy is still a dirty word and media arts practice without an “issue” is virtually impossible to fund—what must the new paradigm shift look like?
With Ellen Schneider, Paco de Onis, Pamela Yates, and others

CREATIVITY AND CAPITAL
Over the years, Creative Capital has awarded $40 million to 642 groundbreaking artists nationwide through funding, counsel and career development services. Their workshops have empowered nearly 12,000 creative minds to strengthen their careers and enrich their community.
This session is a Special Presentation by several of Creative Capital’s award-winning media artists—be there

NAVIGATING THE NEW PHILANTHROPY
We have survived a transition of a few years where many core media arts funders have revamped their guidelines, re-aligned their visions, cut longstanding program areas, instituted new priorities, clarified their purpose and practice. Where do we go from here? What are the new opportunities for content-producing organizations, independent artists, activists using media? What kind of storytelling, field building and community development is really interesting to funders right now? How do we work better together?
Panelists include program officers from MacArthur Foundation, Ford Foundation, Skoll Foundation, Fledgling Fund, and others

Check out the conference site, alliance2016.namac.org—and let’s hang in Oakland next month!

New Critical Media Practices program at UC Boulder
The University of Colorado Boulder is launching a new Department of Critical Media Practices program to address changing landscapes of electronic media-making via the development of both analytical and production skills across a wide range of platforms, practices, and technologies—and renewing member (as well as previous NAMAC Director) Helen De Michiel is on board as a Visiting Professor.

Is there something you’d like to publicize via NAMAC’s eBulletin? Fill out our eBulletin submission form.

Let’s start with a story about documentary filmmaking, gentrification, and state censorship. Yesterday marked the start of the Hot Docs Canadian International Documentary Festival in Toronto, where a new Australian documentary premiered while in the midst of an important legal battle. Hollie Fifer’s The Opposition—produced with help from NAMAC member BRITDOC—follows the fight over a squatter settlement in Papua New Guinea, as developers seek to remove the squatters to make way for a hotel and marina development. However, due to the pending court case—a former Papa New Guinea politician won an injunction against the film in an Australian court—Fifer is barred from showing her completed film. Instead, a heavily redacted version will screen featuring the narration of Australian actress Sarah Snook over a black screen with scrolling text.

“There are powerful forces who don’t want this film to be seen,” said producer Rebecca Barry, “but we believe that audiences should have the right to make up their own minds.” The case could set international precedent for cases involving documentary film and free speech—read the whole story at The Hollywood Reporter.

“There are powerful forces who don’t want this film to be seen, but we believe that audiences should have the right to make up their own minds” — Rebecca Barry, Producer, The Opposition

Not even large tech corporations are exempt from state censorship, as a recent New York Times story about Microsoft makes clear. The company is suing the Justice Department over its right to notify customers when the government obtains warrants to read their emails. “The increase in government demands for online data and the simultaneous increase in secrecy have … impaired Microsoft’s right to be transparent with its customers, a right guaranteed by the First Amendment,” reads an excerpt from the suit.

Government representatives have also been busy working to undermine other consumer protections. In mid-April, the House of Representatives passed H.R. 2666, a bill that would undermine the FCC’s ability to enforce net neutrality provisions, the Electronic Frontier Foundation reports. President Obama has made clear that he will veto the bill if it ever passes in the Senate.

Finally, a new rule for incarcerated Texans stakes out new territory when it comes to inmates’ access to media and communications tools. We’ve previously reported on issues such as incredibly expensive prison phone calls; now, Texas is banning all inmates from maintaining social media accounts, Fusion reports—even if those accounts are run from the outside, by friends or family members. Officials say the rule change is necessary to prevent inmates from engaging in criminal activity online, but for inmates, social media accounts often serve as crucial lifelines to the world outside prison (inmates have no internet access but can mail text for others to post in their names). Dave Maass, an EFF researcher, says the new policy violates the First Amendment:

“This policy violates the free speech rights of both the inmates and the family members and friends of inmates. I don’t think it’s appropriate for a prison to tell someone on the outside what they can and can’t post when it doesn’t involve criminal activity.”