“How is my labor generating the culture I want to see in the world?”
-Marc Bamuthi Joseph

Labor Day 2017, already a memory as we enter our September rhythm,  is a vague yearly commemoration, miles from its activist roots, of the contributions American workers have made to the prosperity and well-being of this country. No real foodways, no rituals, people work or don’t work. As President Obama said in his 2015 Labor Day speech, it is a day we “honor the contributions and resilience of working Americans.” But what does it really mean? This year, I’m thinking about the work it’s going to take to respond to the inhumane decision of this administration to rescind DACA, the conviction required to repair the devastation of Harvey and Irma, and the creative spirit of all sorts of people who do the work to scaffold and shelter those who are suffering, who open their ch 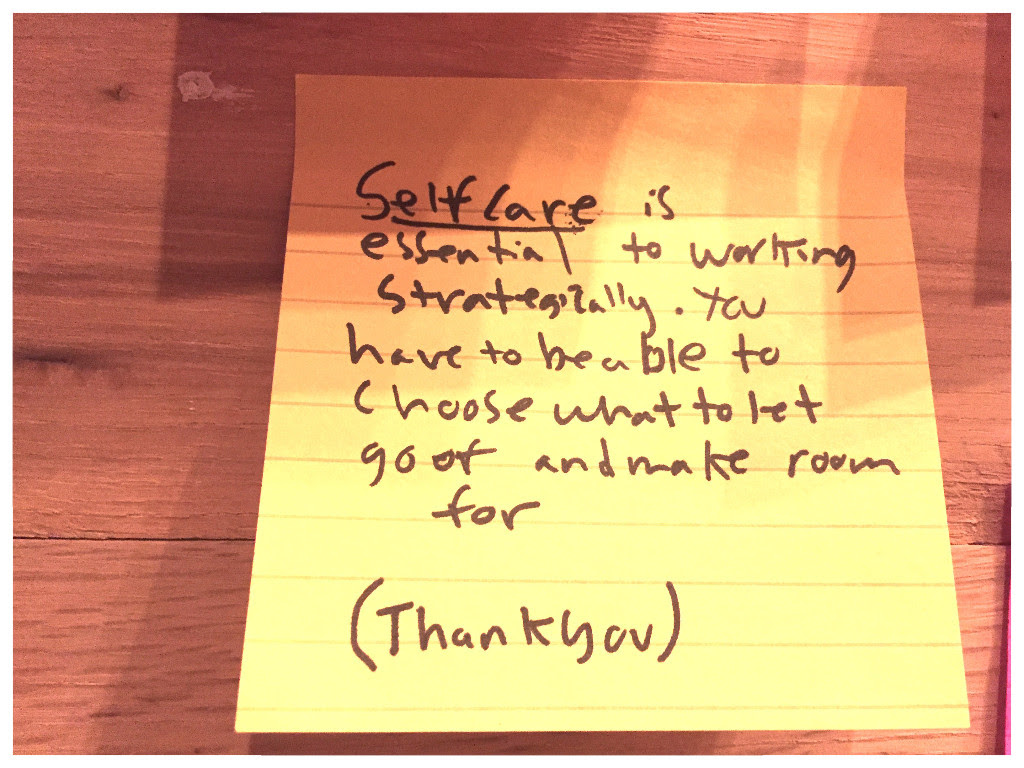 eckbooks, their homes, and their lives to work in solidarity with folks in need. Not charity, humanity. I’m thinking about the work it takes to come back after losing loved ones, or everything you own, or your sense of the ground under your feet. Who is uprooted and who remains? We’re just beginning to get the stories of young people whose lives and freedoms are now in peril, those in Houston, Louisiana and Puerto Rico, from the center of the latest storm. When the hard news cycles begin to fade, and the cruelty of forced deportation of longterm residents of our “great” country sets in yet again, the artists and storytellers will undoubtedly be there to pick up the threads that can become the collective voice of the healing process, and of our rage. 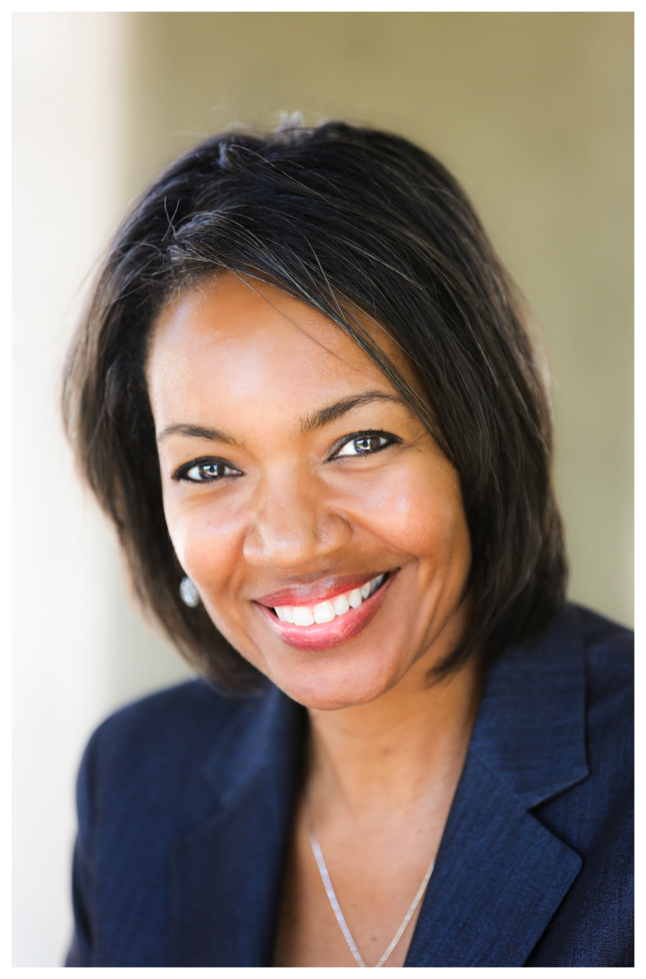 Over last Labor Day weekend, Christina Ortickeand I were working on the new Alliance initiative Arts2Work, a national creative workforce development plan we will launch before the end of the year. Christina has recently joined the AllianceProducers Network as a Senior Consultant on this program, along with the Raben Group and Elspeth Revere of Ravenswood Consulting (read Elspeth’s recent article Making Your Best Case To Foundations, here). As part of Arts2Work, we are excited to be working with the US Department of Labor and the National Endowment for the Arts, on the very first federally-approved Apprenticeships in Media Arts and Creative Technologies. We hope to make these official by the end of the year, and begin the first year of pilot programs across the country in 2018. There is so much we can do together to uplift the work of our artists in communities, to provide training, mentorship, scaffolding and sustainability for creative workers in well-paying jobs across sectors, to support organizations and institutions as employers, partners and investors in creative work, and to proscribe and model equity and inclusion as a condition for participation.  These things are possible. This Labor Day, this is why we worked.

Also on this Labor Day, we look to the work ahead. We are deep into our Strategic Plan, 2020Vision, as well as our HatchLabs, Youth Media convenings, and some crazy exciting Innovation Studio model projects including FRED, Reportal, CherryPIX, and The Colored Girls Museum in VR. We’re thinking a lot about VR lately – check out Storytelling Matters for the latest conversation. Join us on FB, follow on Twitter, where you’ll see project updates and press releases from us in the coming weeks. If you or your organization would like to get more involved in any of this work, partnership discussions are always welcome!

The Alliance will also be on the Road a lot this fall/winter. Here’s where you can find us:

This is your Alliance, working for our collective creative futures.  Join. It feels really good. As always, feel free to reach out my way anytime, wendy@thealliance.media.

Peter Nicks embedded with the Oakland Police Department for two years to film his new documentary, “The Force.”

Director Nicks approaches Oakland police documentary with an open mindFilmmaker Peter Nicks used the phrase “aggressively open-minded” more than once during a recent conversation about his bracing new police documentary “The Force,” which opens in San Francisco on Sept. 15 before rolling out nationally. It’s an apt description of what Nicks calls his “Frederick Wiseman-esque, non-judgmental” stance, as well as the mind-set he hopes to instill in audiences watching his chronicle of two turbulent years of progressive reforms and brazen transgressions in the long-embattled Oakland Police Department.

Who is VR for?
What are the models we could set up to build a more inclusive group of artists and field builders working in the creative virtual reality space? Over the summer, I’ve been interviewing makers and practitioners about this question.

Tips from a Foundation Insider:
How to Avoid Common Mistakes and Make Your Best Case in Writing Proposals to Foundations
Even the best fundraisers, writers, journalists, and researchers sometimes fall short when they try to communicate the importance and excitement of their work to foundations. Common mistakes include misunderstanding the goals the funder is pursuing in your field, failing to tell an engaging story, being unclear about your strategy and desired change, and providing too much or too little illustrative detail.

With new podcast, ‘Frontline’ recognizes that some stories are made for audio
Frontline is taking its investigative documentary chops to a new platform. The long-running PBS series is launching The Frontline Dispatch Sept. 14, a biweekly podcast that aims to bring the show’s deep-dive narrative style to audio. The first season will consist of five to seven roughly hourlong episodes, with stories set in the U.S. 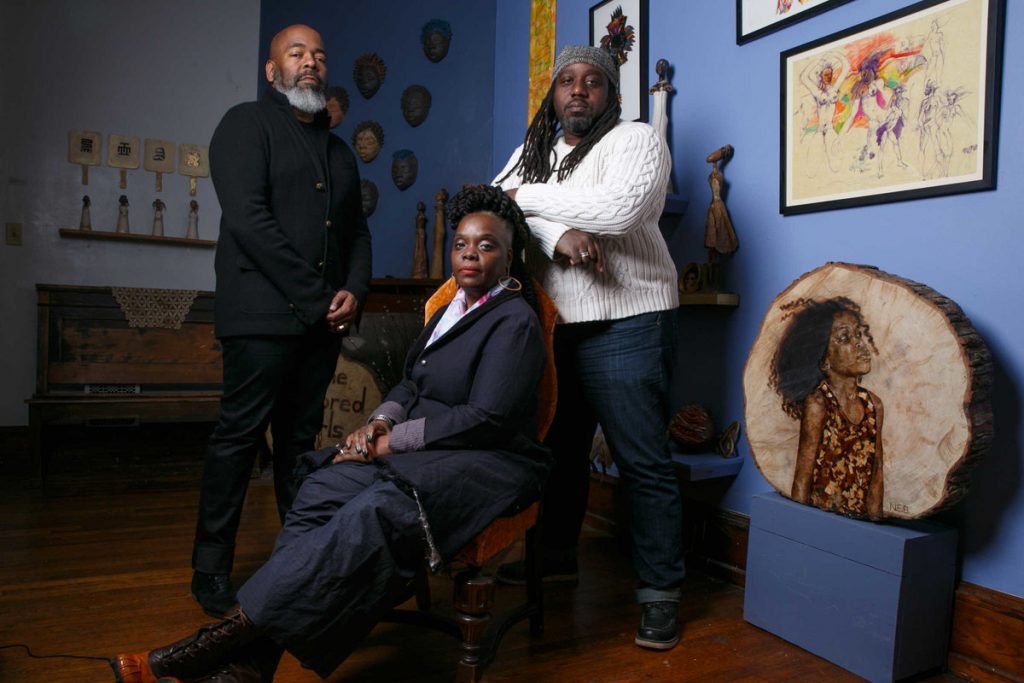 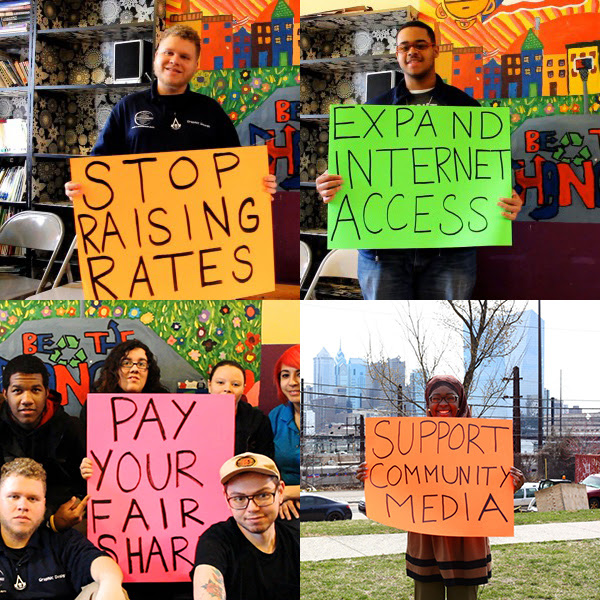 The Federal Communications Commission’s deadline for comments has passed, regarding chairman Ajit Pai’s proposal for the rollback of net neutrality regulations. According to Variety, the FCC has received, “almost 22 million comments had been received, shattering all previous records.” Of these, 98.5% of unique comments have been found to be negative towards the rollback, according to Ars Technica. The House Commerce Committee has since delayed their September 7 hearing on the subject.

Interestingly, The Hill recently reported that even if the FCC rolls back their regulations, the Federal Trade Commission could protect net neutrality via antitrust regulations, citing a 2007 bipartisan FTC report. The ALLIANCE has stated its support Net Neutrality on several previous occasions.

This past month saw the President’s Committee on the Arts and Humanities disbanded after its members resigned en masse. The resignation letter, which has been described by Quartz as scathing, specifically pointed to president Trump’s comments regarding the events in Charlottesville, VA as the catalyst. Actor and former committee member, Kal Penn explained the motivations in an interview with Vanity Fair. Earlier in the month, ALLIANCE posted the resignation letter.

On Wednesday, August 30, Public Knowledge, a DC based non-profit, filed a Petition to Deny, with the FCC to block the Sinclair Broadcast Group’s merger with Tribune Media for $3.9 billion. They claim that the merger would limit a diversity of ideas in local markets and, “could also delay mobile broadband deployment in the 600 MHz band, hindering efforts to close the digital divide” for disadvantaged communities.

As mentioned in our last eBulletin, the merger would give the giant over 230 local stations, “which reach 72 percent of the American public,” according to Vice. According to Sinclair’s FCC Petition, they claim combined investment of Sinclair and the Tribune would improve the resources and coverage for local markets.

In related events, the 21st Century Fox Inc. affiliation deal with Sinclair has been renewed. Thereby eliminating the possibility that Fox would strike a deal with Ion Media Networks and the two conservative leaning media companies would compete for the local news market.

In the realm of media diversity, a the findings from a study by USC Annenberg has concluded that after viewers saw an episode of Royal Pains featuring a transgender teen increased audiences’ positive views of transgender people and issues affecting. Also that this was amplified by cumulative exposure to media stories of transgender people, when compared to those that were not.

Share on FacebookShare on Twitter
Video Roundtable: Youth Media (August 2017)Tips from a Foundation Insider: How to Avoid Common Mistakes and Make Your Best Case in Writing Proposals to Foundations