JUNE 18, 2016 | BY AMERICANS FOR THE ARTS
reprinted from americansforthearts.org

This is a big week for the National Endowment for the Arts (NEA) in Congress! 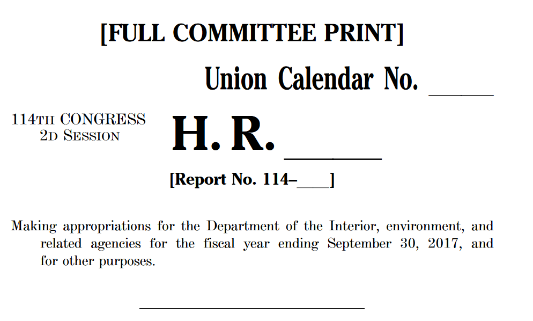 Both the House and Senate Appropriations Committees are meeting on the annual NEA funding bill this week. Support for NEA funding is one of the key legislative asks during Arts Advocacy Day, so we want to keep you updated on this action.

On Tuesday, the Senate considered their bill in subcommittee. We should know their proposed funding level for the NEA soon. 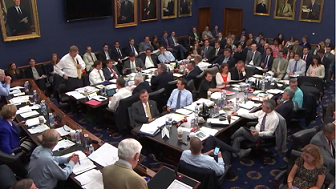 Today (Wednesday) the House considered their version in “full” committee. The House advanced their version prior to Memorial Day when the subcommittee approved legislation on a voice-vote to fund the NEA at an increase of nearly $2 million to $150 million for FY 2017! This equals the President’s request and is a tribute to your continued advocacy.However, on Wednesday, the full committee will consider amendments to the bill and it is possible that there may be amendments that try to decrease the $150 mil. amount.

Finally, tomorrow, on Thursday, the Senate will pick their bill back up with consideration in the full Appropriations Committee. Amendments are also anticipated, which could increase or decrease NEA funding.

There is a lot of rapid committee action this week on these key annual funding bills. The work will clear the bills for possible floor consideration and final votes later this year. However, log-jams are still anticipated ahead because Congress isn’t in session as much this election year and because of ongoing policy disagreements and policy “riders” sinking bills.

Although final decisions on funding levels for this year aren’t expected until after the November elections,this week is a key week to reinforce the messages you delivered during Arts Advocacy Day and remind members the difference NEA funding makes in your community.

P.S.: Last week, the Senate was also considering its education bill funding arts education. On June 9th, the Senate Appropriations Committee cleared this bill, now also readying it for future floor consideration and a vote. The bill sustains funding for the key Assistance for Arts Education program at $27 million at the U.S. Department of Education. However, it only provides $300 million for the new Student Success and Academic Enrichment Grants, which can also support arts education in K-12 schools. The good news is there is strong commitment from Senators to try to fulfill the goals of the Every Student Succeeds Act and work to achieve the authorized funding level of $1.65 billion for this grant program.

Thanks to all arts advocates who took two minutes to weigh in through our last e-alert. Both Sens. Lisa Murkowski (R-AK) and Tammy Baldwin (D-WI) spoke up in support of well-rounded education after hearing from advocates! Check out the audio from the markup here.