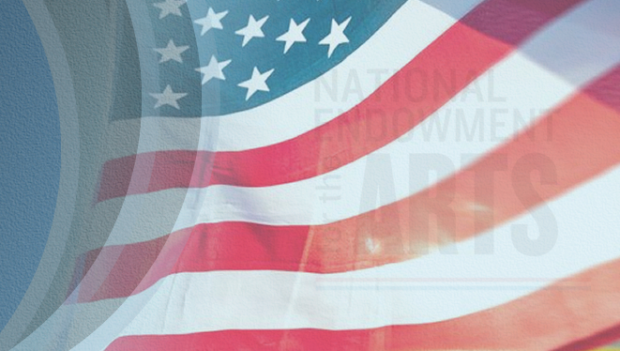 Washington, DC—In recognition of the arts’ $877 billion contribution to the U.S. economy and a source of 5.1 million American jobs, the National Endowment for the Arts will distribute $75 million in funding provided by the Coronavirus Aid, Relief, and Economic Security (CARES) Act. The Arts Endowment will award funds to nonprofit arts organizations across the country to help these entities survive the forced closure of their operations in response to the spread of COVID-19.

“In this time of great economic uncertainty, I am grateful to the Members of Congress and the President for recognizing the contributions of the arts to our nation and our economy and the devastation and job loss that this virus has wreaked upon the arts community,” said National Endowment for the Arts Chairman Mary Anne Carter. “With the agency’s experience in disaster recovery, economic crises mitigation, and distributing relief funds, the Arts Endowment will deliver assistance to help retain as many jobs as possible and keep the doors open to the thousands of organizations that add value to America’s economy and the creative life of our communities.”

As stated in the legislation, the $75 million is intended to assist nonprofit arts organizations “to prevent, prepare for, and respond to coronavirus, domestically or internationally.” The legislation allows funds to be used for general operating expenses, a departure from the Arts Endowment’s requirement of supporting project-based funding and an acknowledgment of the dire situation facing the arts community. In addition, arts organizations do not have to provide matching funds to receive their grant. As regards to the distribution of the funds, the standard distinction remains of 40 percent awarded to state and regional arts organizations and 60 percent to be awarded by the Arts Endowment directly to applicant organizations.

Details regarding timing and applications are being developed and will be announced as soon as they are available. Please check arts.gov in the coming days for more information.

“On behalf of America’s taxpayers, we fully understand and welcome the responsibility which has been entrusted to the Arts Endowment,” said Chairman Carter. “America needs the arts and these jobs as part of our economy, our communities, and our lives and the National Endowment for the Arts is committed to doing its part.”

According to data recently released by the Bureau of Economic Analysis and the National Endowment for the Arts, arts and culture contributed $877.8 billion, or 4.5 percent, to the nation’s gross domestic product in 2017. That same year, there were over five million wage‐and‐salary workers employed in the arts and cultural sector, earning $405 billion. Today, as in 2017, most nonprofit arts organizations operate with lean budgets so the loss of earned income can have an outsized impact. This leads to fewer jobs with the organizations themselves as well as the businesses that supply them, from dry cleaners to parking attendants.

The Arts Endowment has experience in recovery efforts. As part of the American Recovery and Reinvestment Act of 2009, Congress appropriated $50 million to the Arts Endowment to support the preservation of jobs in the nonprofit arts sector. The agency obligated $48.575 million in grant funds in 20 weeks, using less than one percent of its allocation to cover increased administrative costs. The Arts Endowment was the first federal agency to get all its money out the door, funds that helped preserve over 7,000 jobs.

In addition, the Arts Endowment has responded to natural and man-made disasters, using the arts to support physical rebuilding and promote healing. Two examples: after the 1995 Oklahoma City bombing, the agency led design charrettes to create a memorial honoring victims of the attack. In 2017, the Arts Endowment awarded emergency funding to the state arts agencies in the areas affected by Hurricanes, Harvey, Irma, and Maria to re-grant to their artists and organizations. The NEA also sits on the steering committees of coalitions such as the National Coalition for Arts Preparedness and Emergency Response and the Heritage Emergency National Task Force.

About the National Endowment for the Arts

Established by Congress in 1965, the National Endowment for the Arts is the independent federal agency whose funding and support gives Americans the opportunity to participate in the arts, exercise their imaginations, and develop their creative capacities. Through partnerships with state arts agencies, local leaders, other federal agencies, and the philanthropic sector, the Arts Endowment supports arts learning, affirms and celebrates America’s rich and diverse cultural heritage, and extends its work to promote equal access to the arts in every community across America. Visit arts.gov to learn more.