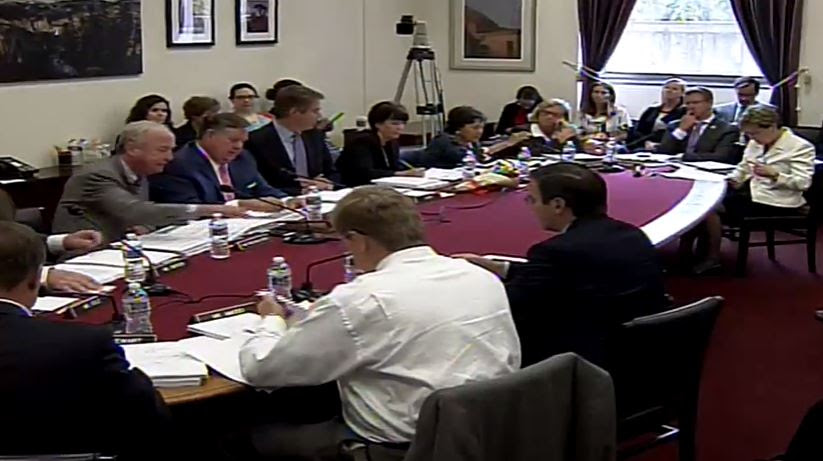 WEDNESDAY, JULY 12 | BY AMERICANS FOR THE ARTS

Today, the U.S. House Interior Appropriations Committee advanced a bill to provide funding for our nation’s natural and cultural resources, proposing $145 million to the National Endowment for the Arts (NEA) for FY2018. This is a $5 million cut from current levels and $10 million less than the request supported by a record number of members of Congress this year.

The good news is that this proposal counters and fully rejects the Administration’s call for termination of our nation’s cultural agencies that arts advocates have been fighting against since March when the Administration budget proposal was initially released.

This subcommittee action is even more relevant since this is the first authoritative step from Congress in this year’s funding cycle. It is a clear endorsement acknowledging the importance of the work of our nation’s cultural agencies. But there is still more to come.

Take two minutes now to urge your congressional delegation to pass a budget that invests in our nation and supports access to the arts in America for all. Thank you for taking action.

Next week, the full House Appropriations committee will likely meet to consider the bill. Appropriations Committee Chairman Rodney Frelinghuysen (R-NJ) stated in today’s meeting that he “strongly supports” the NEA and the National Endowment for the Humanities.

Following the House appropriations process, the Senate Appropriations committee may advance their own proposal this fall. Funding for key arts education programs, the Corporation for Public Broadcasting (CPB), and the Institute of Museum and Library Services (IMLS) are being considered in a separate appropriations bill. Track all of this with us in our Arts Mobilization Center.

Take two minutes now to urge your congressional delegation to pass a budget that invests in our nation and supports access to the arts in America for all. Thank you for taking action.

Faced with a smaller overall allocation, the House appropriations subcommittee is proposing a 2.5 percent cut overall in its bill, with some agencies, like the Environmental Protection Agency (EPA) seeing more severe cuts. The NEA and NEH would be cut 3.3 percent under the current proposal to a level not seen since 2008.  Due to these cuts and other policy disagreements, the subcommittee Democrats voiced their opposition to the bill.

This proposal falls short of support for important environmental and cultural resources programs. It would reverse the past two-year trend of increases to our nation’s cultural agencies that have supported the expansion of the NEA’s Creative Forces program, which increases access to therapeutic arts activities in local communities for military members, veterans, and their families. These sites, located mostly at military bases in 10 states, have begun launching their programs this year.  The Creative Forces initiative could be in jeopardy due to the proposed $5 million cut to the NEA.

Take two minutes to write to your member of Congress. We know members have been hearing from you. And, it is making a difference. Our grassroots advocacy this year has seen an all-time high with over 170,000 messages sent to Congress. Messages have been sent to all U.S. House and U.S. Senate offices. Thank you for helping to take that action and make that impact.