The Alliance for Media Arts + Culture makes a national impact from its adoptive home in Spokane.

“The theater became a space for multi-tribal community of people — celebrating who they are and rising up their stories. I was in the back of the theater, weeping,” remembers Wendy Levy, Executive Director of The Alliance for Media Arts + Culture, an international nonprofit whose mission is to facilitate collaboration, strategic growth, innovation and cultural impact for the media arts field.

Levy points to a moment at Spokane’s Garland theater in July 2019 as one embodiment of why the Alliance exists. The event was part of the group’s Monday Movies documentary film series, but it was so much more than a screening. The film Rumble: the Indians Who Rocked the World, an exploration of Indigenous contributions to popular music, became the centerpiece of an event celebrating the lived experiences of indigenous communities here.

Award-winning speaker, hip hop artist, and community organizer James Pakootas, who is a member of the Colville Confederated Tribes, reflects on what the night meant to him as an Indigenous artist himself.

“There was a story of resilience that flowed through the film and through the event,” he says. “We had Indigenous drummers performing hand drums and pow wow drumming. We asked an elder to come and lead a prayer. Margo Lee Hill [local tribal leader] and I introduced ourselves in our native tongue, a language that is almost extinct. We brought in Indigenous blues and rock bands. There was a full sense of community that made this a very special gathering.” 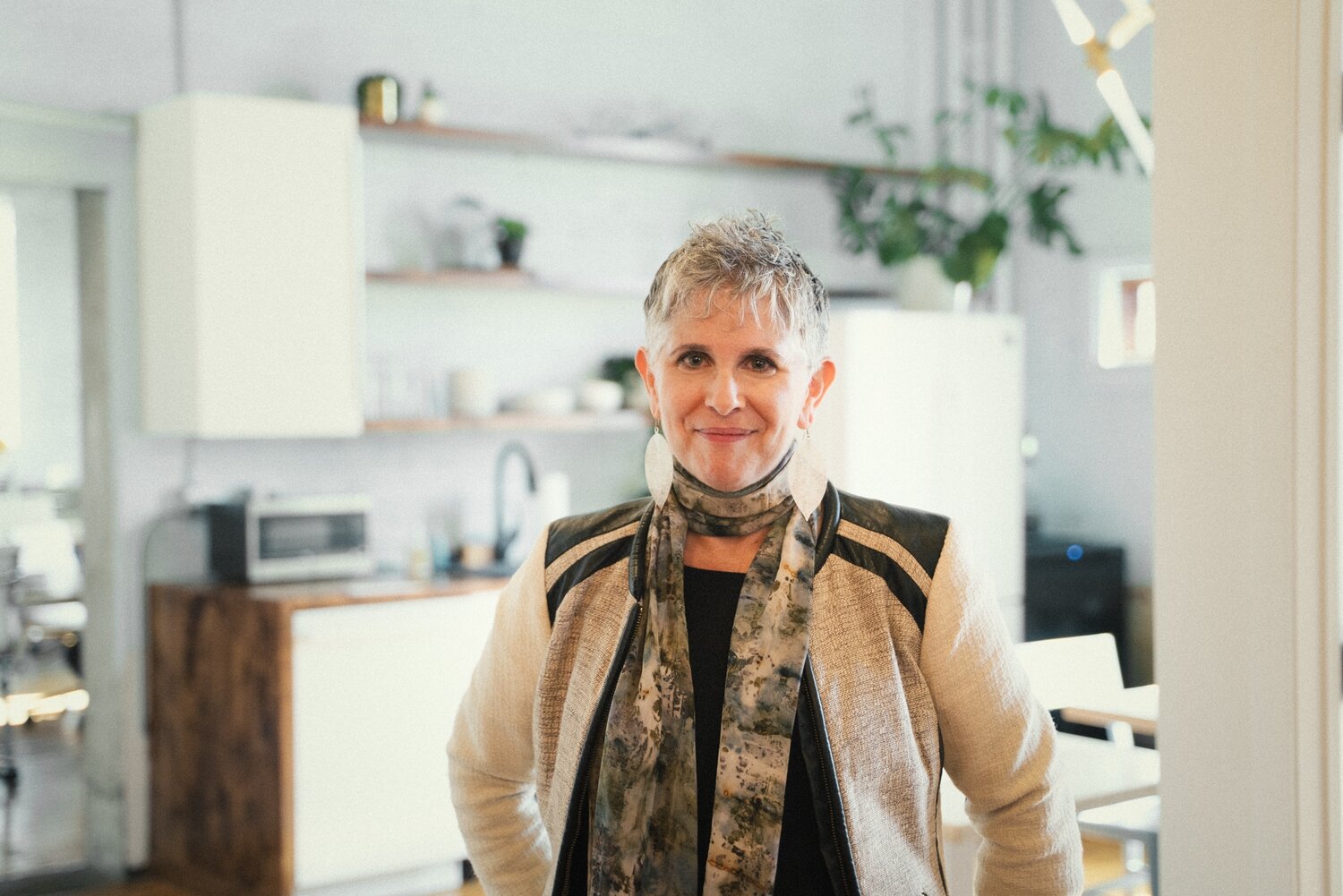 “That’s not something you experience down at the AMC [Theaters],” adds Levy.

While this was only one of many events and initiatives, Levy is referring to something that is at the core of the Alliance for Media Arts + Culture: empowering multimedia experiences that are more about building community than commerce.

The Alliance started in the Bay Area in 1980 — and relocated to Spokane along with Levy in 2017.

“The Alliance was formed to bring together media artists to develop a thriving, healthy network, rather than a culture of scarcity and competition for funding,” Levy says. “At that time in the Bay Area, there were all of these artists and programs doing great things on the ground, so they created a way to come together to advocate for the arts and develop media artists.” It quickly moved beyond the Bay. Today the Alliance is a network of networks, with thousands of members in 25 states and 7 countries.

Here in Spokane, Olivia Evans is helping lead another experience along with the Alliance, connecting the arts with social justice to tell stories in public spaces. For National Human Trafficking Awareness Month in January 2018, following an invitation from the Spokane Human Rights Commission, the Alliance brought together local Spokane photographer and activist Bob Lloyd, and local videographers and photographers DaShawn Bedford, Doug Daulton and Shelli Sonderen with a group of women survivors who were overcoming trauma due to involvement in trafficking and domestic abuse. The project was produced in partnership with local nonprofit The Jonah Project and CMTV. 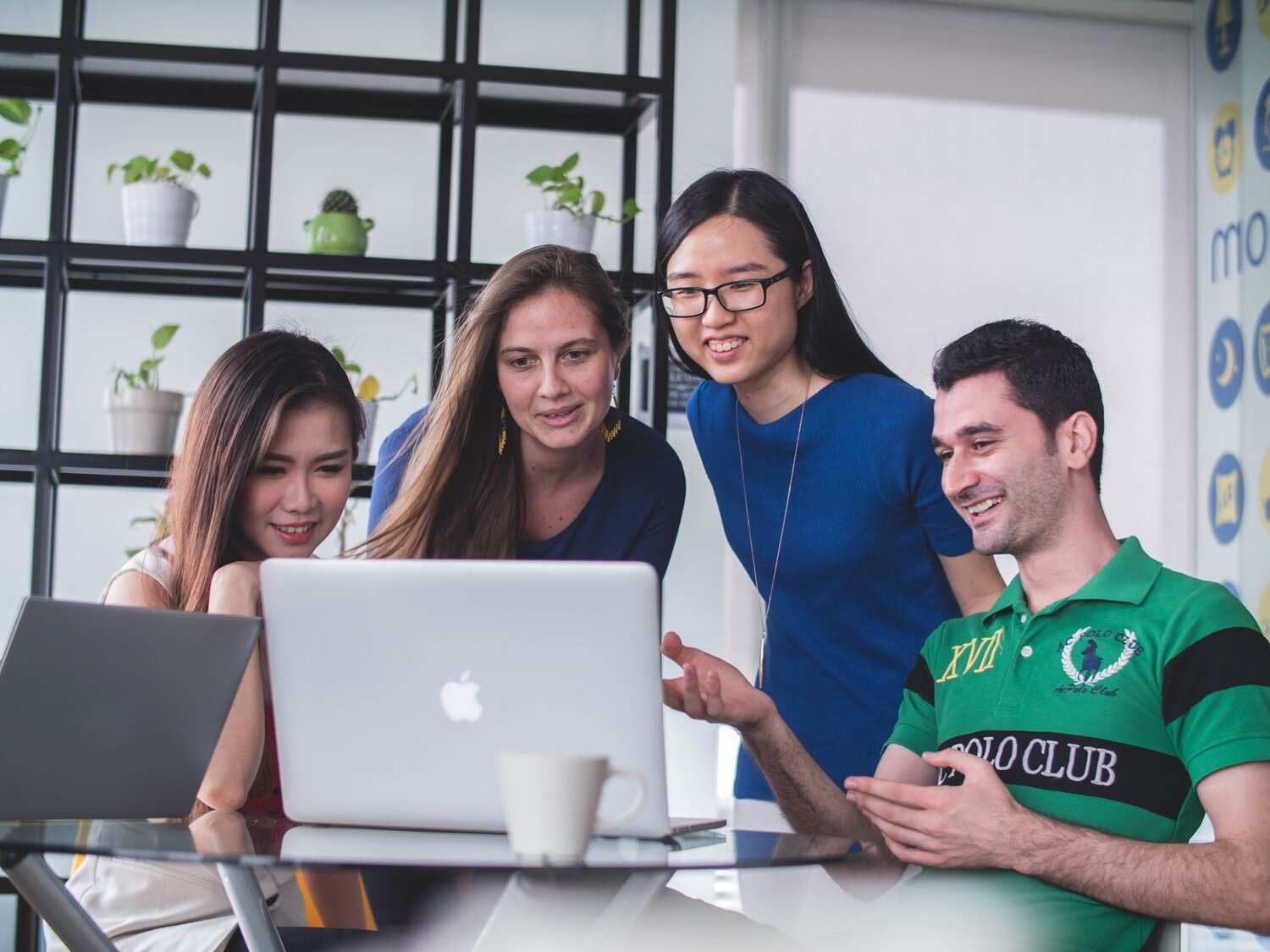 The Alliance is dedicated to respectful, non-extractive storytelling, so photographers and videographers sat together in story circle with the women, who decided when the cameras could come out. In collaboration with these women survivors, the imagery they gathered became large prints and interactive displays at the Spokane Public Library, which were accompanied by live events throughout the month to present a full story of how human trafficking affects people’s lives. Now, Evans is creating a new book which pairs Lloyd’s photographs with powerful quotes from the women survivors.

The Alliance helps make big things happen, but the organization itself is pretty lean: Levy is the only full-time staff member. The Alliance is an international organization operated as a “distributed consultancy” – it includes a diverse team of industry experts, teaching artists and cultural producers who are activated, empowered and paid to implement specific programs in collaboration with Levy and a network of community, corporate, government and institutional partners, mostly across the U.S. but also in Canada.

Arts2Work is breaking down a multitude of barriers that stand in the way of creative media artists from diverse or low-income backgrounds developing into a generation of leaders in the digital economy.

One of these initiatives is Arts2Work, the first federally-registered National Apprenticeship Program in media arts and creative technologies. Through Arts2Work, artists will have new opportunities as Apprentices to forge professional careers telling stories through different forms of traditional and emerging media. Arts2Work is breaking down a multitude of barriers that stand in the way of creative media artists from diverse or low-income backgrounds developing into a generation of leaders in the digital economy. A media industry that systematically privileges those with access to powerful connection, state-of-the-art gear and software, and the financial ability to afford college or graduate school (and be competitive for unpaid or low-paid internships), is an industry that perpetuates inequality, sexism and racism. The Alliance is leading Arts2Work to help create a paradigm shift in the industry for the long term.

In January 2018, Levy and Christina Orticke, a Senior Advisor for Art2Work, announced federal approval of Arts2Work during a panel discussion at the Sundance Film Festival. After the session ended, a young man named Ajani Amiri Thomas introduced himself. A junior at film/television major at Howard University, he said to Levy and Orticke, “I think you’ve just changed my life.” To change the narrative of who leads our country, the Alliance is changing lives, allowing a new generation of storytellers like Thomas to take center stage. Groundbreaking work like this — proven for nearly four decades — is why the Alliance recently received a $300,000 grant from the John D. and Catherine T. MacArthur Foundation.

While her work creates impact far beyond our city limits, Levy sees Spokane’s arts scene developing in ways that mirror the Alliance’s work. She moved here from Oakland in 2017, and she has grown to love her new city — especially how ripe it is for new creative work to positively impact the community. 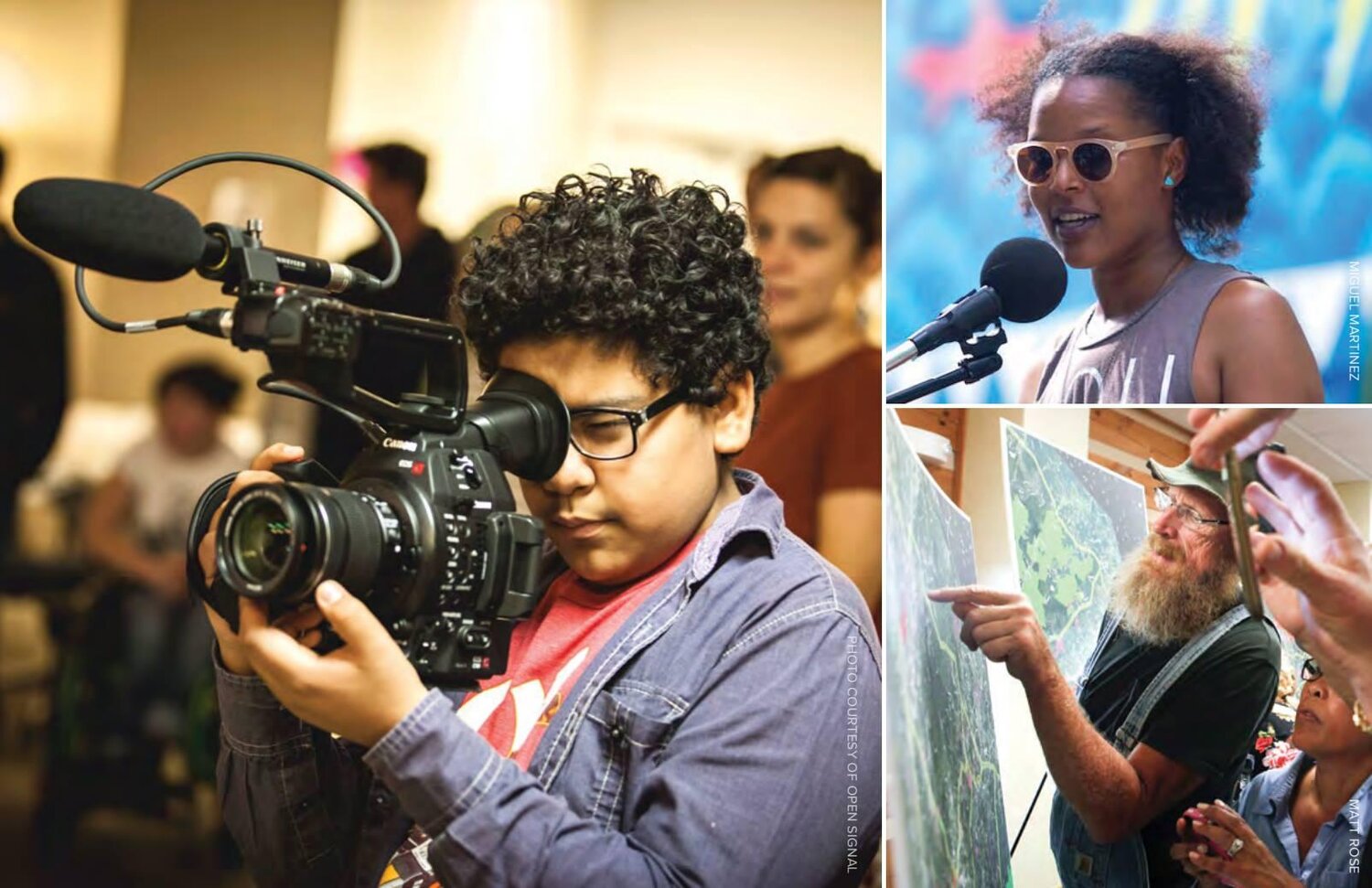 “It makes me mad when people in Seattle badmouth Spokane,” she says. “I want to tell them, you don’t understand: Spokane is where it’s at. Decades ago, when I heard people in San Francisco talking smack about Oakland — they didn’t see that it was actually such a cool place in many ways, with so much creative energy and work happening. But now, both cities are too expensive for most artists.”

She continues, “As Spokane’s arts scene continues to develop, we have an opportunity, and a responsibility to connect with our Indigenous neighbors, whose land we colonized and still occupy, to learn how to be better protectors of this sacred place. What if we all thought about Spokane as sacred space — and not just for artists, but for everyone?” 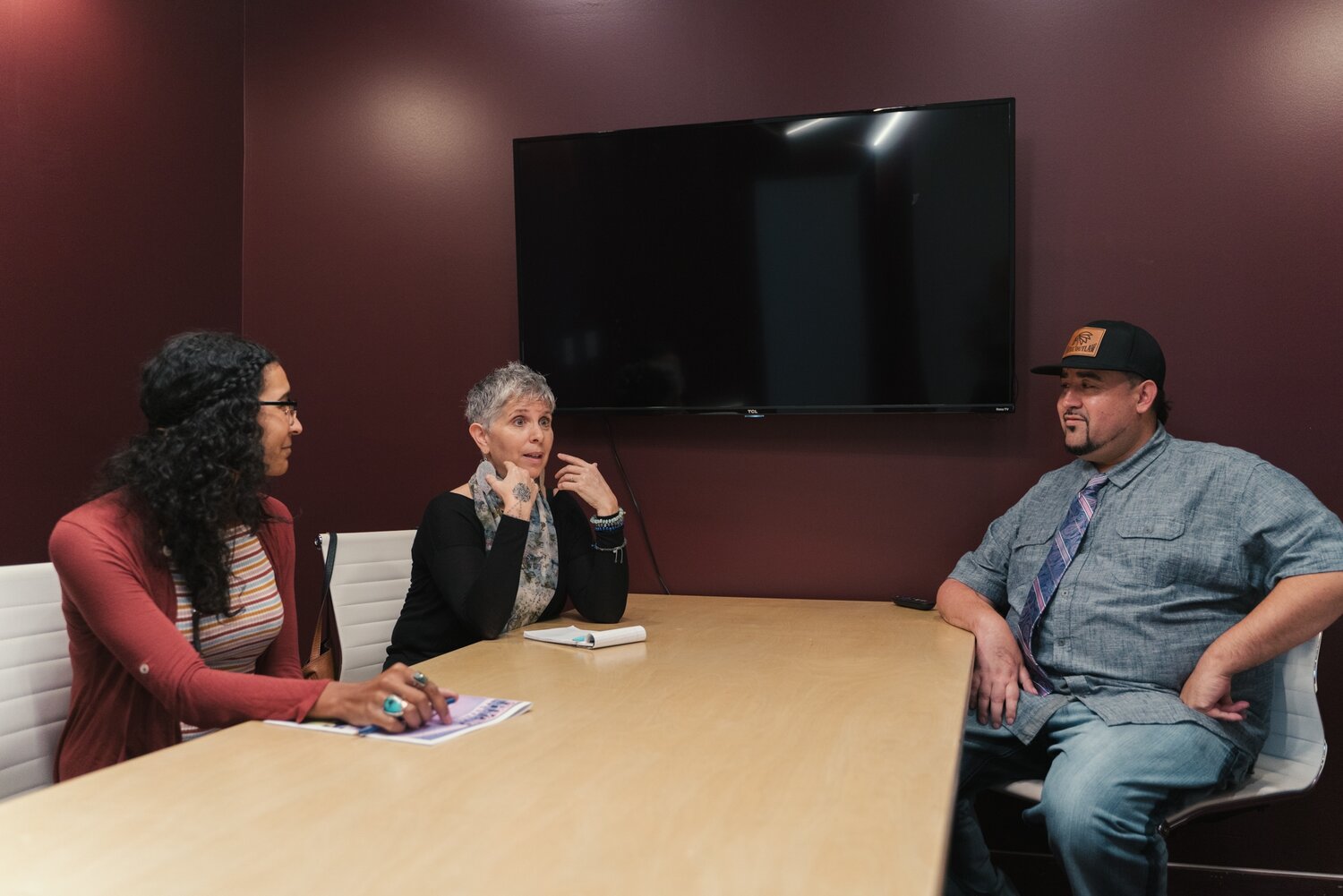 As the conversation ends, one can sense a special, intergenerational energy between Levy, Pakootas, and Evans. One person brings decades of wisdom in the arts, media, and nonprofit community development, and the other two are up-and-coming artists of color, bringing new vision for how to create better communities through storytelling. This is a snapshot of why the arts matter, and why Spokane is a perfect fit for The Alliance for Media Arts + Culture.