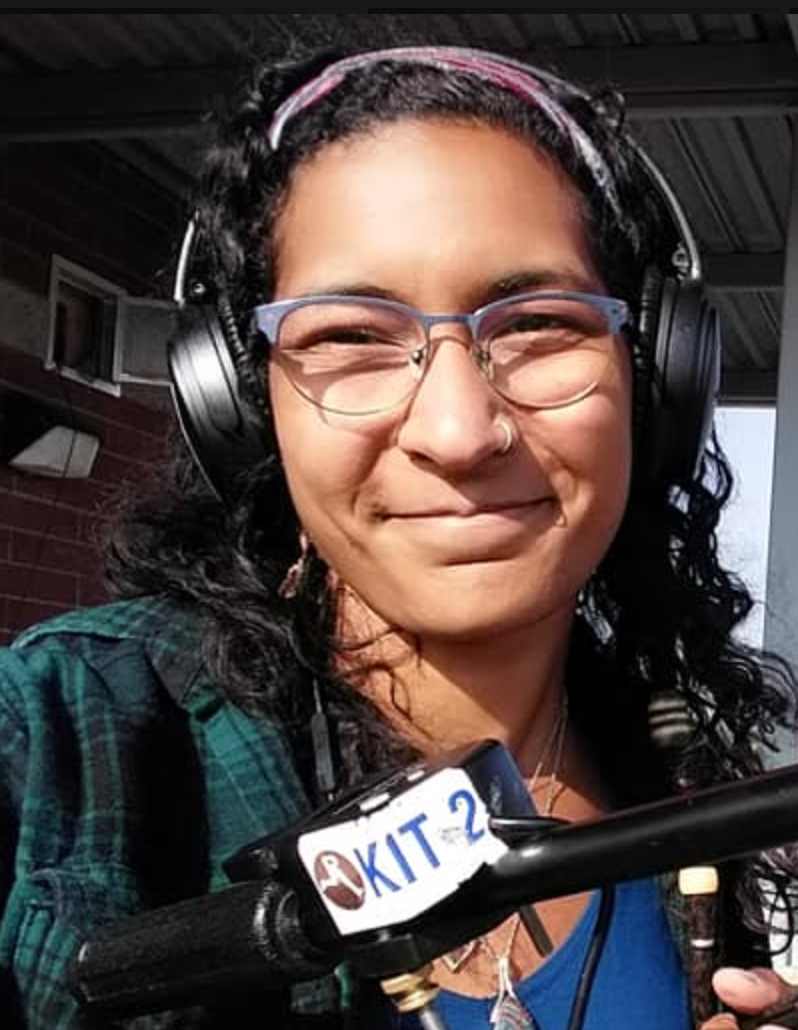 Each season has its own flavor and feeling; Summer is long past, but I still feel the sense of freedom that belongs to it. Freedom to pursue your storytelling passions when daily life may not permit space to initiate the spark that could set you on a healing journey. Even if the journey turns out to be awkward, vulnerable, with treacherous alleyways and thoughts once left behind —  you are taken to a state of mind meant for investigating, in order to soothe inner frustrations bottled up.

For the students and faculty at Appalshop, a non-profit, founded in 1969 as a War on Poverty Initiative, the Appalachian Media Institute facilitates the necessary space and supplies to ignite that spark within the students. Also known as AMI, created in 1988 as a shout out to the youth in the eastern Kentucky community, AMI is a safe space to explore oneself through documentary film and the arts. The program invites students to investigate their voice using storytelling techniques, and work collaboratively with peers on projects where the topic is more than just a mutual intrigue.

A  longtime Alliance member organization, Appalshop has been an important partner and collaborator. We invited Willa Johnson, a filmmaker and Youth Media Program Coordinator at Appalshop, and her eleven students to participate in two interactive video conference sessions during their summer program. During pre-production, Senior Producer Jason Wyman and I co-facilitated a session to explore ideas and methods. There were three creative teams from AMI, each carrying the weight of serious crises in their community — addiction and reform, mental health, and the lack of birth control/ STD services. The three teams discussed their expectations and hopes for their projects, production plans, film aesthetics and style, interview questions, and how they intended to create a safe space for the interviewees to achieve accurate and sensitive storytelling. For me, the call was more than a one-way conversation providing feedback to students; it was also a chance to share insight from my own past film projects, and stress the responsibility one has when telling a person’s story.

After the films were made, we had a Reflection Session. AMI students felt their projects detoured from the original idea, but for the better. Of course with any project, there are inspiring discoveries and minor setbacks. One film, A Set of Symptoms, was transformed due to the loss of certain interview subjects to fuel the discussion. It created a more personal conversation than originally intended. In a film called Restricted Access, the overall impact of the theme expanded into not just a medically informative film, but a film that uprooted the deliberate and neglectful actions toward young people by their parents and schools. It ended on a powerful note, and left the audience thinking about the necessities of conversations about sex and the body.

Throughout the AMI Summer Camp, these film students showed determination, persistence, empathy, and much heart when constructing their documentaries. It was a pleasure to be on each video call giving feedback and listening to the final reactions from the filmmakers about their films. Please check out their final documentary shorts below and be inspired!

As the Alliance and its members gear up to celebrate our 40th anniversary in 2020, we want to end this year with great opportunities to join us + engage with youth media leaders around the U.S. and world for the Youth Media Network Virtual Summit! Including The Alliance Online Screening: Youth Media + Social Justice on Saturday, November 9th @ 10 a.m. PT/ 1 p.m. ET.

Addiction is an undeniable pressure in every city around the world, but in a small town in eastern Kentucky it became a noticeably recurring choice for many in the community. “The Fallout” illustrates the vital need for conversations about addiction in rural communities and the lack of addiction recovery funds and programs. The lack of conversation and resources aid the youth into thinking that addiction is normal. The interviews in the film solidified the worries of consistent neglect toward addicts in recovery. “As Gwen Johnson stated in the opening scene of our film, there is not a family in these mountains that has not been touched by addiction,” explained Hannah.

“In fact, all the members who worked on this film has a family member, friend or loved one who has or is battling addiction. This made our film topic extremely personal and further encouraged us to discuss and capture this issue,” Hannah continued.

The Fallout from Appalachian Media Institute on Vimeo.

“A Set of Symptoms” uproots the mental health epidemic in Appalachian communities that range from teens to older generations. In this film, interviewees discuss their personal battles with mental health, mental illness within their families, and the lack of proper care/medications for treatment. Artie Bates, a local psychiatrist who specializes in mental disorders, witnesses the harmful impact they have on her patients well-being and their social life. Bates believes as an organ, the brain is capable of a dysfunction.

“Common offensive stereotypes of mental disorders can be symbolized as “a character flaw or a moral weakness, but as the field develops more biological understanding there’s more depth to the reality that it’s a brain dysfunction.” Bates added, “and when our brain as an organ doesn’t work, we don’t think right, we don’t feel right, and we don’t behave right, and then society notices we don’t behave right, and we get seen as having a mental illness.” Healthcare is a key factor and when many are not able to confide in a healthcare professional, unfortunately the symptoms can get worse as they feel through life. Support systems are crucial in the healing process.

A Set of Symptoms from Appalachian Media Institute on Vimeo.

still from A Set of Symptoms

The female reproductive system can be a mystery to even women at times, but when it comes down to it only women have the right to make choices regarding sex, contraceptives, and child birth when dealing with their body. “Restricted Access” explores the myth behind birth control in eastern Kentucky communities and the misconceptions that occur when talking about safe sex with young adults, by health professionals. Tanya Turner, coordinator of the Sexy Sex ED reproductive classes in the All Access EKY program at AMI, expressed, “over half of pregnancies in the mountains are unplanned”…and, “a lot of young people I meet ask me questions that they should be able to ask a parent.” There are many schools that do not provide a detailed reproductive health class/ Sex ED class, rather they extend on the idea of abstinence. “…it is dangerous, it’s violent, it’s sad that we are withholding information from young people when those are the people we are constantly trying to educate and pour knowledge onto,” added Turner.