She should be remembered for the sharp clarity of her social vision, as well as for her gorgeous words. 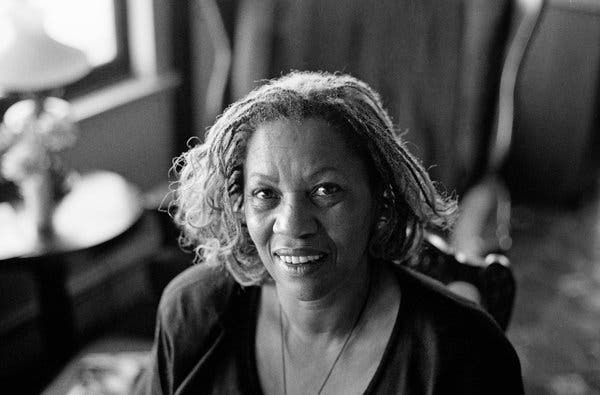 The tremendous literary achievement of our friend Toni Morrison has rightly been the focus of most of the commentary since her passing. However, her political vision — using language to combat the devastating effects of white supremacy, sexism and all dehumanizing ideologies — remains a profound and underexplored aspect of her identity and impact.

Toni’s aesthetic genius and her astute political sensibility are not antithetical. The work had to be “both political and beautiful,” she said in the 1984 essay “Rootedness: The Ancestor as Foundation.” We should also remember her as a revolutionary political thinker, who used her gift to change the world.

Her canon demonstrates the absolute and destructive absurdity of any position that would claim others lesser than or unequal. This element of her broader artistic and intellectual project has the most wide-ranging political implications. It shifts our attention from the powerful to those over whom they exert power. As a longtime and devoted member of PEN America, she protected the rights and lives of “perceptive, dissident writers,” under assault by despots and dictators worldwide.

This is why she was such an extraordinary editor at Random House: her defense of writers and their words. And it is in her editorial work where her political project is perhaps most explicit. Before her own writing career was established, she edited the writings of Toni Cade Bambara, June Jordan and Gayl Jones, and so many others who might not now be available to us if she had not challenged the publishing industry on their behalf.

Moreover, she is responsible for some of the pivotal works associated with the rising women’s movement, like “Lesbian Nation” by Jill Johnston and “America’s Working Women: A Documentary History” edited by Rosalyn Fraad Baxandall, Linda Gordon and Susan Reverby. She also edited the voices of the Black Power movement, including Muhammad Ali, Huey Newton, George Jackson and one of us. She helped to create a lasting record that bore witness to the work of activists, marchers and protesters long after their activity had subsided. She was not an activist in the conventional sense of the word. Instead, and perhaps more significant, she helped to forge a path for future stages of a long struggle.

Toni believed the writer had the duty to take a public stance. The novel was but one tool for doing this. Decades ago, she warned about the rising tide of authoritarianism in a series of astute and prescient lectures and essays. In 1995, she compelled us to heed the signs of people who “construct an internal enemy as both focus and diversion” and who “isolate and demonize that enemy by unleashing and protecting the utterance of overt and coded name-calling and verbal abuse.” These, she warned, were the first steps toward “a final solution.” These essays are as important today as they were when she wrote them. Perhaps even more so.

As with all of our greatest thinkers, she held up a mirror that shows us our capacity for tremendous evil as well as for good. In one of her late novels, “A Mercy,” she returned us to a period before racial slavery was consolidated, when a new nation might have made a different set of choices and everything was in flux and possible. She does not take us down the path of the devastating choice that was made. We know that. We are living it. She simply uses the power of imagination to remind us that at any given stage, we might have chosen differently.

For her, the imagination is also a political resource. During the 2008 presidential campaign, she endorsed Barack Obama, expressing her admiration for his “creative imagination which coupled with brilliance equals wisdom.” Only that kind of wisdom might “help America realize the virtues it fancies about itself, what it desperately needs to become in the world.”

Toni was cleareyed about the United States, about the lies it tells itself, about the truth of its dark side and about its potential, rooted in its traditions of dissent, to offer a better future. A student of history, she understood that nations come and go, but that human beings had the capacity for change, evolution and growth, and that a more just world awaits if only we would commit to bringing it into being.

In her presence, whether on the page or in person, we understood the world was large and it was ours, to enter, to comment upon, to write about, to shape, mold and change. In her presence her brilliance was as apparent as it was capacious and inviting. She did not condescend to her readers or her friends; she was utterly confident of her own capacity and of ours.

All of us who were touched by her and all of those who are encouraged by her model to continue the good fight, are equipped with the tools she bequeathed us and challenged by her insistence that we cannot really be free unless we “free somebody else.”

We will always treasure the miraculous gift of her friendship. And as we say goodbye, we hear her devilish laughter echoing around the universe.