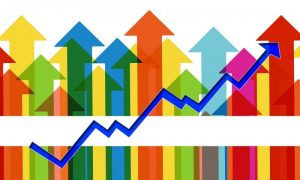 Washington, DC—After more than a year enduring the pandemic, the arts and cultural industries remain among the hardest hit by the economic crises inflicted by COVID-19. New data released today by the National Endowment for the Arts and the Bureau of Economic Analysis (BEA) describe the national and state-level contributions of the arts and cultural sector to the nation’s gross domestic product in 2019. These data from the Arts and Cultural Production Satellite Account (ACPSA) show the sector as thriving just before the pandemic struck.

The ACPSA tracks the annual economic impact of arts and cultural production from 35 industries, both commercial and nonprofit. Those 35 industries range from architectural services to sound recording and, in whole or in varying segments, are considered a distinct sector of the nation’s economy.

The data shows that in 2019, economic activity in the sector had been expanding:

Other findings from the ACPSA:

. These and other resources, along with a national summary report by the Arts Endowment, are available as an arts data profile.

In contrast to today’s ACPSA data is a January 2021 report developed by the Federal Emergency Management Agency (FEMA), Argonne National Laboratory, and the Arts Endowment. This report notes that within the arts and culture sector, “Nowhere has the effect been more direct, deep, and immediate than on the performing arts.” Contrasting the FEMA report’s unemployment numbers from the third quarter of 2020 with the ACPSA data from 2019 yields the following picture of the performing arts.

According to the Arts Endowment’s Artists and Other Cultural Workers: A Statistical Portrait published in 2017, artists are 3.6 times as likely as other workers to be self-employed, approximately 34 percent of all artists compared with nine percent of all workers.

BUILDING THE ROAD TO RECOVERY

With its data description of the arts and cultural landscape pre-pandemic, the ACPSA provides a destination towards which the arts community can drive its work building the road to recovery. The Arts Endowment is and will be facilitating that journey through funding and sharing insights and stories with the field. For example:

What Can Museums and Art Orgs Do to Counter Anti-Asian Hate?