If you can create your own world what would it be?

How many people are there?

What makes this such a unique space?

Those are questions we don’t normally ask ourselves, we’re so wrapped up in the current world that we forget how amazing we really are. They are also the central question in my “Healing through the Arts” Workshop. 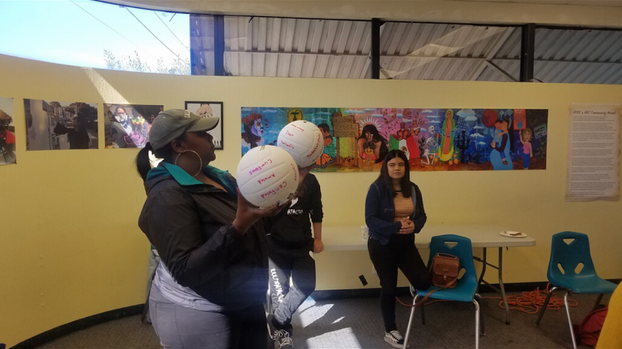 On February 21st, I held a workshop at RYSE Youth Center called” “Healing through the Arts”. I facilitated activities with 8 young people where they created and explored a world and random characters. The purpose was to give each youth a platform to step out of their comfort zones and share experiences with one another.

I facilitated a modified version of a storytelling ball activity shared by Jeremy and Liz at Spy Hop, a youth media organization in Salt Lake City. For the original activity, they have a single blue rubber ball with character traits written all over it. The ball is tossed to youth and whatever words they see inform their character. Hearing how Spy Hop participants took to the activity, I had to try it with the youth at RYSE.

For “Healing through the Arts”, we used two balls. One had people and animals written on it, and the other had characteristics. I tossed each ball to a participant. Based on the words they first saw on each ball, they had to act like that character. For example, we had a goofy golfer, a confused phone, and an angry basketball player.

This activity explored our varied emotions as youth became the different people and animals and felt what it was like to move through and outside of ourselves. They also had a lot of fun. One youth said, “It was hard at first stepping out my comfort zone, but when I seen everyone having fun I knew it was a cool workshop”.

Seeing the activity unfold in the way it did made me aspire to try new methods of storytelling. It is important to give young people additional tools to express themselves in more creative ways.  Now, I plan on integrating this workshop to my video programming. 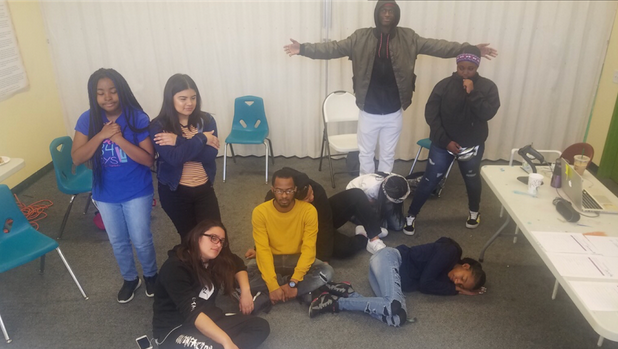 Please take this activity and make it your own. I modified it from one ball to two balls. Maybe instead of characters, you focus on settings. Or maybe one ball has a character and the other ball has an action. There are many ways this can be changed and used to help youth (and artists) express themselves in more creative ways.